5 Film Photography Projects to Spark Your Creativity by Amy Berge

This post may contain affiliate links. If you click on a link and make a purchase, Shoot It With Film may receive a small commission at no additional cost to you.

If you have seen basically anything I’ve posted on Instagram since March 2020, you have probably read about my struggle with creating.

When the pandemic hit and we were all hyper-quarantining, people kept telling us to hunker down and work on our next great novel or painting or symphony…but the reality is that the emotional exhaustion made it difficult to survive, let alone thrive.

But I am a big believer that creating can help heal, and creating when you don’t want to can do a great deal to propel you forward.

Breaking Out of My Creative Rut

I take part in a monthly project with other film shooters, and, this year, we are taking on the task of capturing one day each month on one roll of film.

Month after month, it felt like all my family did was stay home or go for our daily walk. Capturing that felt mind-numbingly monotonous, and, after a couple months of it, I hit a wall.

I knew in order to keep on participating, I would need to give myself the freedom to shoot without caring, composing, or looking to be inspired.

I felt I had been documenting the same day on repeat, since we were living in our own version of Groundhog Day. The days held no inspiration or novelty, so I had to inject my rolls with it to keep my motivation.

Many of the techniques I have embraced are also an act of letting go. I have to let go of my expectations, plans, and desire to have order, and find beauty in the unintended.

It has been part exercise and part metaphor. But it has all helped me to take steps forward.

We all go through times of creative drought and my hope is that this (non-comprehensive) list will kick-start your own creative spiral.

I would also love to hear anything that has helped you push through and create again—you can never have too many tools in your arsenal!

Pushing through and participating in the monthly project I mention above was my gateway to finally feeling creative again; that is the month I embraced film soup.

Film soup is basically immersing your 35mm canister into some sort of liquid to mess with the emulsion. This is typically and most easily done after the roll has been shot. To learn more, you can check out our Quickstart Guide to Film Soup here, read this film soup tutorial, or watch a demo on my IGTV.

I love film soup because it’s not something you can truly duplicate with digital. It’s extremely unpredictable, and it heightens the color and emotion of the film.

In fact, I love it so much I decided to start a dedicated lab for developing it. I was hearing so many people say they wanted to try film soup but couldn’t find a lab to develop and scan it. Labs rightfully don’t want to introduce foreign substances into their developing machines, but because I develop by hand, I don’t have to worry about film soup messing up other peoples’ film or a large batch of chemicals.

I will say don’t be afraid to use a heavy dose of ingredients. People are always worried about ruining their film, but to date I have never seen anyone use “too much” film soup.

One of my favorite recipes is boiled water with dish soap and kosher salt; it also seems to be a good base to which you can add other ingredients like food coloring, baking soda, etc.

Other popular recipes include boiled water with lemon or lime juice, tea, or even vinegar, but feel free to use anything in your cupboards. I once used boiled water and a pack of emergen-C and it turned out super cool!

When you’re done soaking your film (anywhere between 1-24 hours) just be sure to rinse your film for 5 minutes or more if it’s still running soapy. Dry it for a couple weeks on a sunny sill, in rice, or packs of silica gel, and then either develop it yourself or send it to a lab that takes it!

If you love double exposures but want to be completely surprised by the results, try running a roll of film through a camera twice.

To be extra surprised, swap the roll with a friend! Shoot the roll, send it to a film friend, and have them shoot over it.

Keep in mind that shooting a roll twice has the likelihood of having misaligned frames. This can actually be super cool, but if you want to try to avoid it there are a few tips that can help avoid this misalignment.

Using these tips, I have had rolls where the frames EXACTLY overlapped, even when swapping with a friend.

Another tip is to not overthink, just shoot.

The first time I swapped, I was so scared to shoot the roll that I didn’t shoot it for over a month. When I just kind of let go (notice the theme?) and started shooting things out of focus, or things that would have been boring on their own, those ended up being some of the coolest overlaps.

I may be late to the game, but I recently bought a prism to help with creative slumps, and I love it! You can find a bunch of prisms of all different shapes and sizes on Amazon here.

I focus on my subject, and, then, place the prism right in front of my lens. I will turn it until I see the effect I want, which is usually some sort of rainbow, blurred area, or reflection of something off-frame.

Playing with a prism is also an exercise in understanding light, because the effects change depending on the relationship between your subject, prism, and light source.

I won’t go into too much detail here because I have an article that outlines how I intentionally create light leaks, but let me reiterate why I love them so much.

Like a few things on this list, you just can’t reproduce this with digital. I know it’s fun to buy experimental film and be surprised by the results, but there’s something about creating the effects yourself that feels satisfying.

And so often, the light leak seems to know just where to go to draw attention to your subject or complete your image. I’ve never been sad that I leaked film, only sad that I didn’t.

With all the techniques mentioned above, I want to give you permission to NOT THINK. JUST SHOOT.

If it feels like too much effort to compose or find something inspirational, just get out there and snap away. Whether it be the sky or your street, a kiddo or pet, a tree or building, just do it.

Let the doubles/light leak/prism/film soup do the heavy lifting and allow you to gently re-enter the world of creating.

This last one probably takes the most thought and technique, but I do think there is something freeing about it. For this one, slow your shutter speed down and capture anything that moves.

I think of capturing motion in two ways: you stay still and your subject moves or you move with your subject (panning). I don’t pan very often, and I find it incredibly difficult to nail, but when you get some sort of success, it’s seriously satisfying.

For motion shots, I’m usually hanging around at 1/15 or 1/8 of a second. I also try to stabilize myself as best I can as long as I’m not panning.

You can also use a tripod to ensure there isn’t any camera shake. (If you’re going to be a purist, I would probably use a remote shutter so pressing down the shutter button doesn’t shake the camera.).

Our world is one in motion, and capturing that movement feels more honest and real to me. By definition, it takes your static image and turns it dynamic.

I view myself as a storytelling photographer, so capturing motion is something I do often, even with clients. People in front of the camera also tend to be more comfortable when they’re moving, because it’s natural to be moving. If your clients are looking stiff and awkward take some time to capture motion and watch them loosen up before your eyes.

If you’re feeling in a creative slump now or at some point in the future, I hope some of the ideas on this list will speak to you and help pull you out.

I felt so grateful to get pulled back to creating during the craziness of 2020, and I have watched some of my artist friends go through a similar process during times of acute stress.

During these times, creating is often the last thing I want to do, and, yet, it holds the power to help me take steps toward feeling myself again.

Thank you so much, Amy! Amy is a regular contributor here at Shoot It With Film, and you can check out her other articles here, including How to Develop B&W Film at Home and Scanning Film Negatives with a DSLR!

To see more of Amy’s work, be sure to visit her on her website and Instagram! Amy also shares tips and tutorials for shooting film over on her IGTV channel. Go check it out!

Leave your questions below in the comments, and let us know what has helped you start creating again when you don’t feel inspired!

Amy Berge is a regular contributor for Shoot It With Film. Find her other articles here, such as How To Develop Black and White Film at Home and Olympus Stylus Epic Point & Shoot Film Camera Review. 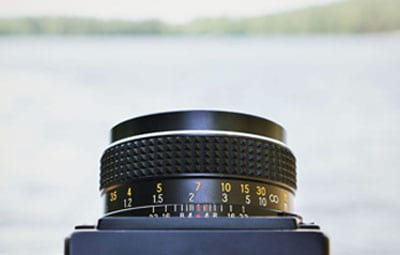 Welcome to Shoot It With Film! We are a supportive and encouraging community for film photographers to learn, share, & grow. Join us for weekly film photography inspiration and tutorials.

Shoot It With Film is a participant in the Amazon Services LLC Associates Program, an affiliate advertising program designed to provide a means for us to earn fees by linking to Amazon.com and affiliated sites.
© Shoot It With Film 2020
This site uses cookies to ensure we give you the best experience on our website. By continuing to use this site, you agree to our cookie policy.Got it!Read more